A Brief Insight into the 10 National Parks Destinations in UGANDA.

Uganda has a total of 10 national parks Destinations that contain a variety of habitats of wildlife, right from snow-capped mountains, papyrus swamps, thick tropical forests, and the open savanna plains. These are homes to quite a range of wildlife with over 1047 bird species, forest primates for example; gorillas, chimpanzees whereas the game animals are found in the savanna plain parks.

Below is a brief insight into the National Parks Destinations and some of the animals you should expect to see in Uganda. 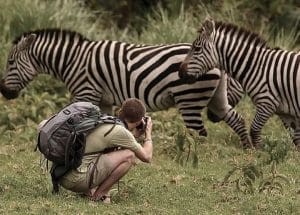 This lies on an area of 260 sq km, located in the southwest part of Uganda in a district called Kiruhura. For a single-day trip, this could none of the parks you shouldn’t miss visiting.

It offers a great view and you will see Buffalos, Topi, large herds of Zebras, a variety of bird species, and many more others. This is the only park in Uganda where you’ll find the Impalas. 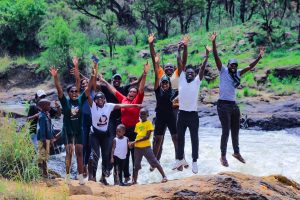 The park is bisected by the Victoria Nile from east to west for a distance of about 115 kilometers. This is said to be the largest national park in Uganda covering an area of over 3,800 sq km, though its existence is determined by the Murchison falls whose rushing water is forced to pass through a narrow gorge something that leaves everyone who has visited wondering.

You’ll see a tower of giraffes, families of elephants, buffalos, lionesses and lions, hippopotamuses, leopards to mention but a few. 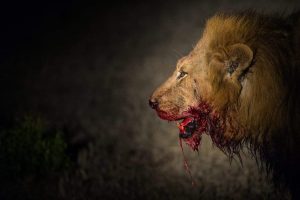 Due to the number of tourists that visit each year, this is the most visited park. Covering an area of over 1,900 sq km, the park is located in southwestern Uganda.

It’s blessed with crater lakes, forested gorges, the beautiful Kazinga channel home to a variety of wildlife and it’s famous for its tree-climbing lions in the Ishasha region. It has the highest number of bird species in Uganda. Chimpanzee Tracking activities are done in the Kyambura Gorge. 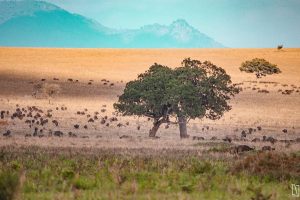 In the northeastern part of Uganda in a district called Kaabong, you will find the park stretching on an area of approximately 1,400 sq km.

The big game favorites namely; Elephants, Giraffes, Elands, Lions, Hyena, Cheetah, and Africa’s single herd of buffalos are all seen here. Animals and birds that are rare in other parks, will be spotted here, for example, Cheetah, Striped Hyena, Ostriches, etc. 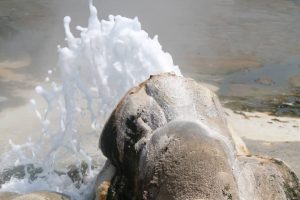 Laying on an estimate of 190 sq km, the park is located in western Uganda in a district called Bundibugyo. It is one of the richest areas of flora and fauna in Africa. Blessed with over 400 bird species, plants, and animals species.

Among the birds; Shunning blue KingFisher, and with mammals including; Forest buffalos, leopards, mona monkeys, bushbabies, duikers, elephants to mention but a few. 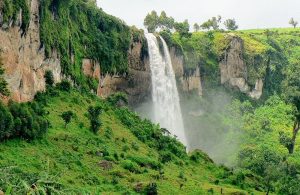 The park is partially bisected by the Uganda-Kenya border. Covering an area of over 1250 sq km, Uganda takes over 1100 sq km whereas the Kenyan part takes about 150 sq km.

This is among one of the oldest volcanoes in Africa. Its surrounding forests inhabit a number of bird species and mammals in a list; for example, small antelopes, buffalos, forest monkeys i.e the black and white colobus, red-tailed monkeys cutting the list shot. List of the birds includes; Jackson’s Francolin, Tacazze sunbird, etc.

National Parks Destinations offer a variety of other beautiful sceneries such as the caves, waterfalls that you see on ur climb to the peak Wagagai and many more.

It’s also known as the “mountain of the moon” with a snowy attachment to it. Its Almost 1,000 km² in size and has Africa’s third highest mountain peak Margherita, waterfalls, lakes, and glaciers.

Rwenzori Mountains National Park is located in south-western Uganda (Kasese District) on the east side of the western (Albertine) African rift valley. It lies on Uganda’s border shared with the Democratic Republic of Congo.

Africa’s fourth and fifth highest peaks ie Mount Speke and Mount Baker are also located in the park. Expect to see; over 89 bird species and a variety of mammals such as forest elephants, duikers, black and white colobus monkeys, to mention but a few. 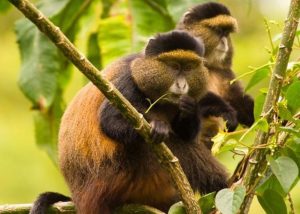 Mt Gahinga and Muhabura lie on the Uganda-Rwanda border and Mt Sabinyo on the Uganda, Rwanda, and Democratic Republic of Congo borders and hence makes these dormant volcanoes international. It’s the second habitat of the Mountain Gorillas. 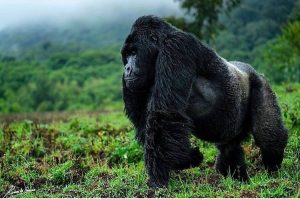 It’s located in the southwest part of Uganda in Kanungu District. It’s home to many of the world’s remaining mountain Gorillas, who feed on roots, leaves, and fruits from the park’s many trees and also inhabit quite a number of bird species and butterflies.

Restrictions to the number of permits help in protecting the endangered Gorilla families, a maximum of 8 individuals is granted access to the great mountain gorillas a day. This is the official site for gorilla trekking activities.

Other mammals that inhabit the park include; Chimpanzees, Black and white colobus monkeys, blue monkeys, Grey-cheeked mangabey to mention but a few. 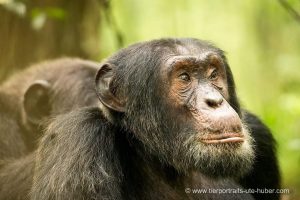 Is located in the western part of Uganda. It covers an area of about 780 sq km. The park is an important tourism and safari destination due to the fact that it adds a forest extension to Queen Elizabeth National Park and hence offers a wide range of mammals inhabiting there; for example, It’s popular for its population of habituated Chimpanzees, red colobus monkeys, black and white colobus monkeys, buffalos, warthogs, duikers, bush bark and other mammals species.

Facts About the Kigali Rwandan Genocide