Rwanda Safaris, a land of a thousand Hills Tours and Trips

Rwanda Safaris, the Land of a thousand Hills, a home of lots of units of Adventures, memories and Mountain Gorillas brings you some of the most amazingly Rwanda's countryside trips to the Kigali City, Akagera National Park, Nyungwe Forest national park and the Gorillas Volcanoes National Park.

Rwanda is a tiny country situated in the Great Lakes region of east central Africa, a verdant country of fertile hills and dramatic volcanoes dotted with colourful local villages. Fondly called the ‘land of a thousand hills’, Rwanda offers some of Africa’s most inspiring wildlife experiences, against a backdrop of fertile hills, dramatic mist shrouded volcanoes and colourful village communities.

The Country to many, is synonymous with enigmatic mountain gorilla, found in the Volcanoes National Park in the Virunga volcanoes chain, where celebrity naturalist & author of Gorillas in the Mist, Dian Fossey dedicated her life to the study of these fascinating creatures and where you can still visit the remains of her research station and her final resting place. In addition to Rwanda Gorilla Trek Experience, the endemic golden monkeys are also found in Volcanoes National Park and the chance to follow these lively troops through the forest is for many, an unexpected treat.ll have a mix of cultures, wildlife and charity programmes that will add value to your travel memories and lifetime Excursions.

Popular Rwanda Safaris in the Land of a Thousand Hills 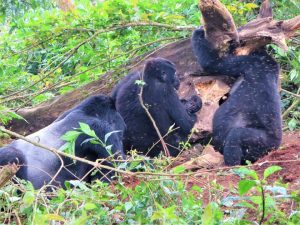 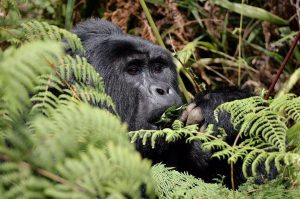 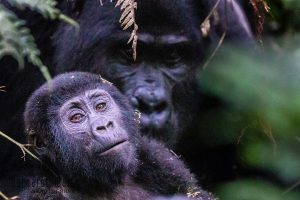