Why do Lions Climb Trees? Where are the Tree Climbing Lions in Uganda? It is really not a common thing for Lions to climb trees. In the whole world, you’ll find not more than two populations of these tree climbing Lions. 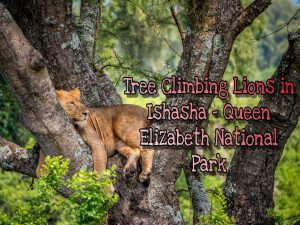 What makes lions to climb trees? There could be several possible reasons for this field phenomenon.

Truly, Lions are big Cats (Cat-Like) with claws just the same like domestic and wild cats not only Lions climb tree but also other animals such as Leopards do.

Back to the question! Why do Lions climb trees??? 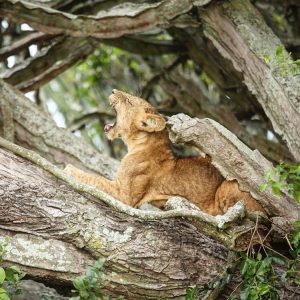 Among the places commonly known for the tree climbing lions, the Ishasha region in Uganda makes it one of the Top safari points and top tourist destinations in the Pearl of Africa.

Thinking of how you can get there?

Getting to Ishasha can be by Air or road. There is an airstrip in the region and you can fly from the Entebbe airport straight to the Ishasha region.

Opting to use Road transport, you can use the route from Mweya and Katunguru (along the Mbarara-Kasese road) just before the Kazinga channel bridge.

It is about 70 km (2 hrs drive) a long a bumpy dirt road. Although the road is manageable during the dry season (December – February and June -September), a 4×4 vehicle is recommended during the rainy season (March – May, October – November).

Ishasha can also be accessed from the Bwindi side through Kihihi town.

See how the Female Baboon was extending her love to its little one. 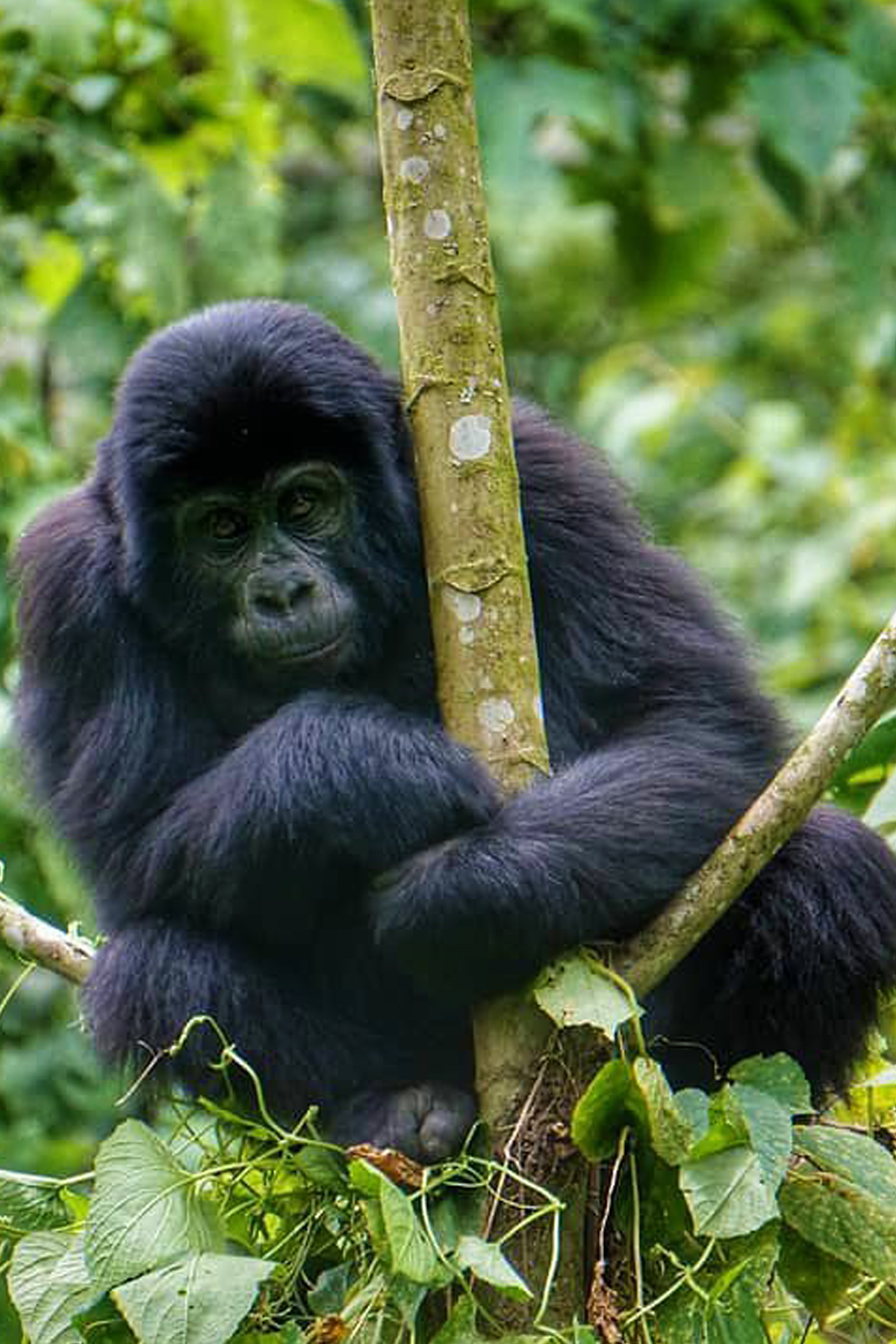 Game Drive in Uganda Africa! What is expected to experience on a fabulous game drives in Africa?