5 Unique Birds to See on a Birding Safari in Uganda

Uganda is known as Africa’s premier birding destination, So the 5 Unique Birds to See on a Birding Safari in Uganda with the list of birds found in the country topping 1060. Most of these birds live only in these tropical forests with their sightings being described as mythical while it’s believed that some of the birds living in the remote forests of Uganda may not even be classified as of yet. These birds have greatly attracted many people to come for safaris to Uganda. 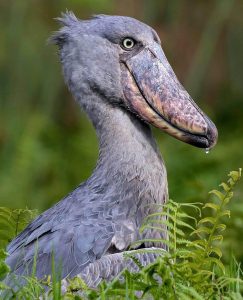 The shoebill is one of the most attractive birds in Uganda and is endemic to Africa and the birders from around the globe flock to Uganda to catch a rare glimpse of this clumsy giant, the type of bird was not protected and its egg were also frequently from the nets.

The great Blue Turaco and the white crested Turaco are some of the largest, most exquisite birds which are found in Uganda. These birds are actively hunted their meat and the feathers are liked as high commodities which has decreased their numbers. Shelley’s crimson wing is one of the world’s rarest birds and can be found on most bird bucket lists. They live in a thin trip of the mountains and the volcanoes which are known as the Albertine Rift which border Uganda, Rwanda and the Democratic republic of Congo.

The standard winged nightjar is a bird characterized by the central flight feathers which appear during the breeding season on the male. It also a dream come true to view these birds during this short time span when their feathers which can be stretched up to 38m in length. The short tailed warbler can also be found in Uganda’s forest undergrowth while these forests of the DRC and Rwanda are also home to this camouflaged species. In addition, there is the Doherty’s Bush shrike which is found in the subtropical montane forests and the moist shrubs of central Africa. These are brightly colored birds and are one of the more common birds seen in Uganda and their population levels are table in most parts where they are found. 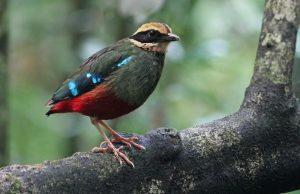 The green breasted pitta is also a difficult bird to find despite its relatively common status in the Central African countries. It lives a well camouflaged in the lowland tropical forest and photographing some of these little guys is a good dream. Another is the African Green Broadbill and this can only be seen in two places in the world, I the Itombwe mountains of DRC and Uganda in Bwindi Forest. The specie is declining due to loss of its habitat from the forest clearing and degradation, this bird species has greatly attracted many tourists for Uganda safaris.

The bar tailed Trogon is a beautiful medium sized bird which lives in high altitude forests and has a large range throughout central and southern Africa although it’s rarely seen.

And to add on; The black breasted barbet which is seen by very few

Uganda Festivals and Events You Should not Miss