The lion is one of the big cats in the genus. The African lion is the commonly used term that collectively denotes several species in Africa. Though some males exceed 250 kg in weight, it is the second largest living cat after the tiger. Wild lion sare currently found in the sub Saharan Africa and in India.

About 10000 years back, the lion was the most wide spread large land mammal after humans,although the cause of the decline is not fully understood, habitat loss and conflicts with humans are the greatest causes of concern 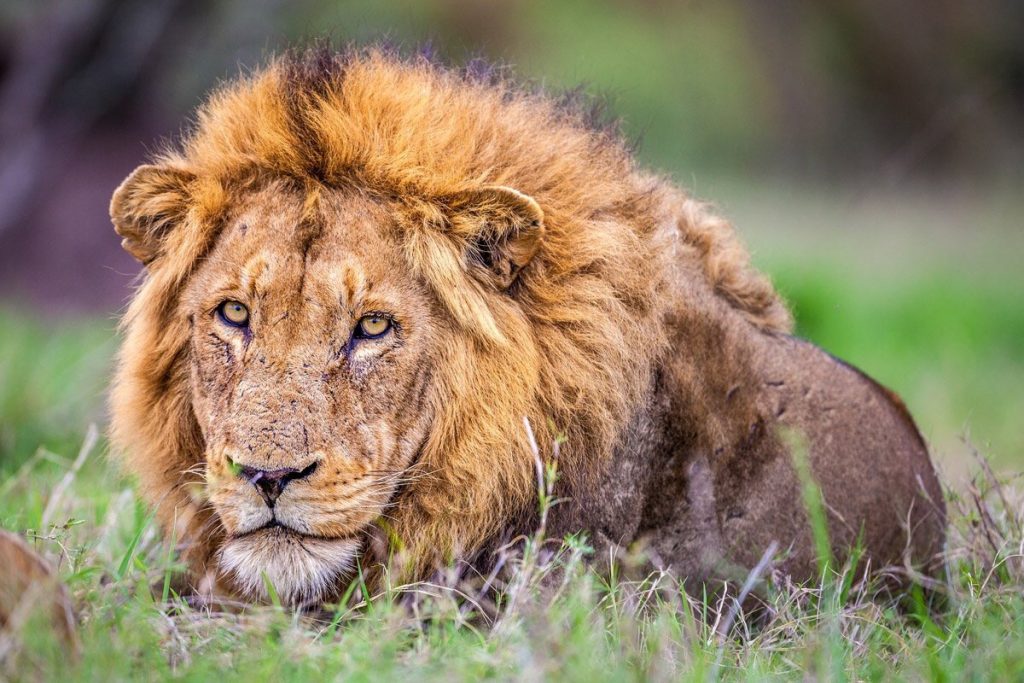 Luckily, Uganda is one of the most fortunate countries still having several lions inthe whole world. Uganda has ten gazetted national parks and three of these national parks, Murchison falls National Park, Queen Elizabeth national park and Kidepo valley national park are the major range areas where you can find a reasonable population of lions. The lions are mostly found in the savannah regions but can also be found in varied habitats including woodlands and desert.

Lions are the only cats that can be described as truly social because they live in groups of 12–16 individuals. These groups are called prides. A pride can have 4-6 related lionesses and their cubs, as well as 1–2 males who are usually with with the pride for a breeding season that is 24-36 months.

Prides consist of related females and their cubs that are oftenly born around the same time and raised communally. New mothers live in the dens with their cubs for the first few weeks,moving them one by one to a new den every after a few days to avoid building up a scent that would attract predators.

The lion is one of the most sought after safari species and one of the most impressive to observe. Their character is so amazing to watch. A new male taking over a pride will often kill all the cubs, and mate with each of the females again.These lions are muscular, dep-chested fields with short rounded heads, reduced necks and round ear. They usually hunt at night and they can bring down big animals like the buffaloes and Uganda kobs. It’s usually the females that do team hunting.

During the day, lions are always at rest in places like Ishasha plains in Queen Elizabeth national park and kidepo valley national park, and some others in shades up on trees. Male lions weigh up to 500 pounds and the females between 240 and 360 pounds. The large animals killed are eaten by the whole pride and the small ones, only one lion can consume it making it very difficult to feed since they cannot hunt for themselves.