Kyambura Gorge is part of Queen Elizabeth National Park (QENP) in Uganda marking the boundary between the Kyambura Wildlife Reserve and the park. This Kyambura Gorge is located in the eastern section of the park, homes a variety of wildlife, including the only primates in the Queen Elizabeth national park. The gorge is as low as 100m deep carpeted with lush tropical vegetation.

The largest concentration of primates, more so Chimpanzees in Queen Elizabeth Park dwell here. Kyambura Gorge is traversed by a river making it a very important water source for many animals. At times, the gorge rewards visitors with impressive hikes through its otherworldly slopes and the profuse tropical flora. Be sure of the spectacular views of the River flowing through the gorge. 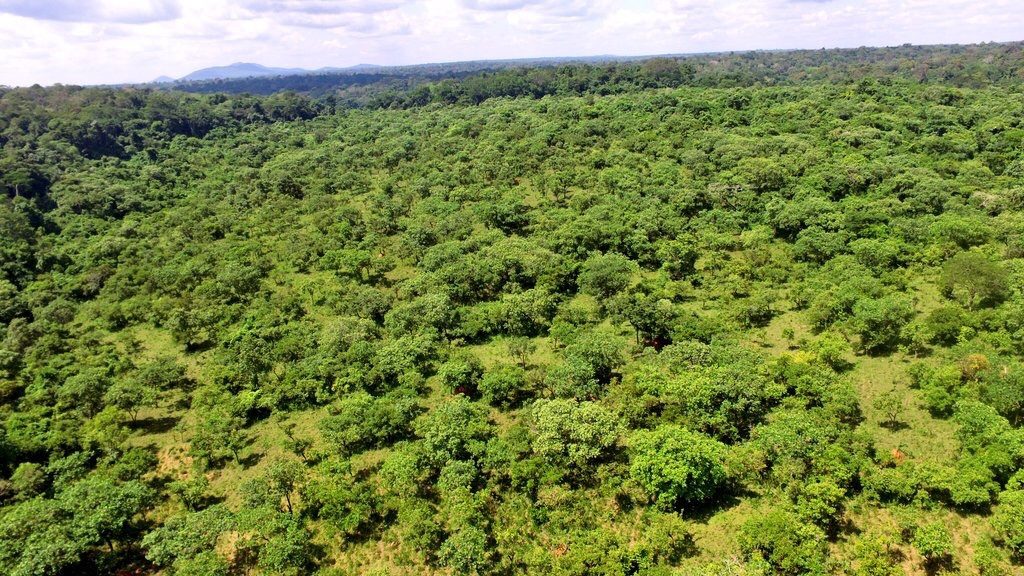 Even if trotters can engage in several thrilling tourism activities while at the gorge on any Uganda safari, chimp trekking is the major activity done here, furnishing exclusive encounters with these humble apes, an experience that is simply one of those once in a lifetime moments.

Chimp trekking in Kyambura gorge is managed by the Uganda Wildlife Authority, the issuing out of the chimp permits is by the authority. Note that tracking the Kyambura chimps is an activity so adventurous yet still very cheap at only USD 50 per person per trek. The chimp permits only allow a tourist one hour with the habituated chimps.

Walking through the jungle in search of the mobile chimps can sometimes be strenuous, a certain level of experience would be of more advantage. Tracking the chimps in Kyambura gorge involves moving up and down on steep slippery slopes sometimes, in a forest so thick, paving your way out with a walking stick.

Just after a few minutes in the forest, trackers immediately locate the chimps because they make a lot of hooting. On encountering with our forest cousins, watch them play on tree branches, jumping from one branch to the other offering you a heaven short lived on earth experience. Take as many pictures of the chimps in their natural habitats as possible, provided the camera doesn’t have a flash as it scares the chimps away.

Besides the chimpanzee viewing experience, Kyambura gorge has a forest cover so amazing, furnishing incredible nature walks for trekkers and birding opportunities for the bird lovers. Climbing through the challenging slopes with beautiful views of the river flowing below, all simply a combination of activities that make Kyambura Gorge rank it as the number one reserve for tracking Chimpanzees in Uganda.

Note that the gorge is a home to other several wildlife species, including the black-and-white colobus, red-tailed monkey, vervet monkeys and baboons and bird species like the falcons along with the blue-headed bee-eater among others also exist.

If you ever thought of trekking the chimps in Uganda, and didn’t consider Kibale forest national park, which is the primate capital in the world and still Uganda’s prime home for chimpanzees, with more than 400 species dwelling here, then do not look past Kyambura gorge. Its next Kibale national park when it comes to chimp tracking in Uganda.

Other destinations where visitors can track the chimps are Budongo forest in Murchison falls national park, Kalinzu forest reserve among others. The pearl of Africa is simply the most perfect destination for chimp tracking in Africa.