This rock is actually a result of the formation of stalagmites and stalactites. This we will leave for the geographers interested in this version of its formation. It is nestled between several trees and beautiful waterfalls on someone’s farmland which he has kept and preserved for tourism. 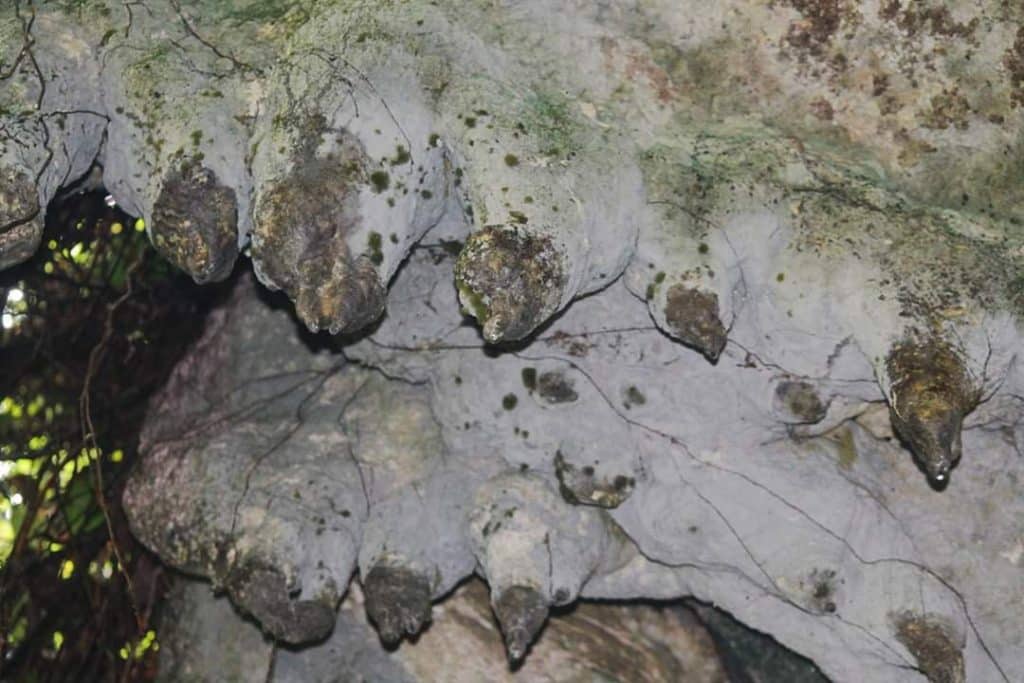 Otherwise, for the cultural tourism enthusiasts, this is home to a very rich cultural history attached to these rocks which form scenic caves with streams of water above them causing refreshing waterfalls for those who visit. The Batooro ( the tribe located in this area) have a strong belief attached to these caves with an interesting myth told through the generations about them.

The caves were named after King Bukuku’s daughter named Nyina Mwiru, loosely translated ‘Amabere Ga Nyina Mwiru’ would be ‘Breasts of Nyina Mwiru’. King Bukuku was one of the ancient Kings of the Batembuzi Dynasty that ruled that time and were believed to be demi-gods by their subjects, often disappearing to the underground at given times.

The princess was a beautiful young lady who had a strong personality. She refused to marry the man her father the King had chosen for her as was the custom in the day preferring to choose her own spouse.

This greatly infuriated the King and his subjects who could not understand how anyone could disobey the King. The King then ordered that her breasts be cut off because of her disobedience, this would then ensure that she would never get married to whoever she would choose and never be able to nurse children. It is strongly believed that the scenic rocks in this location are her breasts oozing milk since that day.

From this site, one can take a hike to Nyakasura hill which will give you views of 3 different crater lakes and a visit to the marking of a large foot in the area believed to belong to one of the last Batembuzi dynasty people who were giant like humans