Aerolink Uganda Limited is a domestic airline offering both scheduled and charter flights into Uganda’s national parks as also traveling along the River Nile in Uganda. AeroLink Uganda sets from its base at Entebbe International Airport, and the Kajjansi Airstrip along Entebbe Road. 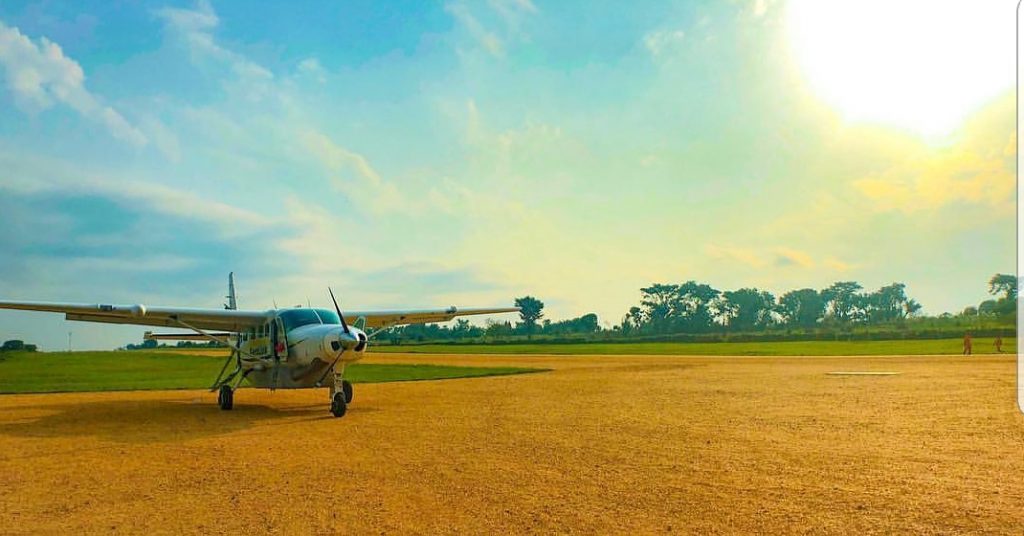 The offered service to Kidepo Valley National Park always operates on Fridays and Mondays with a minimum of four passengers. As a pleasant alternative to a car ride of six hours, our team was flying between Entebbe and the Pakuba airstrip in Murchison Falls National Park.

The flights of Aerolink are approximately an hour and fifteen minutes to each destination from Entebbe. Thus ensuring clients arrive at their destination feeling refreshed and energized to take on the wilderness.

Flight and ground safety is an integral part of the operation at Aerolink and all employees participate in and adhere to the Flight Safety Program.

This program supports continuous efforts to further improve the level of safety and enhance the management of risk. Simulator training for the pilots is undertaken in conjunction with Flight Safety in Toronto, Canada.

The AeroLink Caravans are configured to carry up to 11 passengers and the cargo pod underneath will hold all the baggage. The interior of the caravan takes you to extreme places in extreme comfort as it boasts adequate legroom and supple leather seats.

The Caravan has a Pratt Whitney engine, one of the most popular turboprop engines in history and known for its high reliability. The aircraft can cruise at up to 320 Kph and has a maximum range of 2.000 km. It is always flown by two fully rated and trained AeroLink crew members.

From its hub at Wilson Airport, Air Kenya operates both scheduled and charter flights across the region.