What to do and See in Rwenzori Mountain National Park.

National parks in Uganda are a fascinating insight into the landscape and wildlife of the country. Whether you choose Gorilla trekking in Bwindi impenetrable national park or wildlife in Kidepo valley national park, either way is a good choice So with What to do and See in Rwenzori Mountain, here we bring out the better.

Uganda’s national parks are simply like a collection of kingdoms with Nature as the constant ruler throughout. With sprawling savannas, vast wildlife species, magnificent color and plant life plus amazing people practicing different cultures, Uganda parks are just the perfect deal for any African safari. Such beautiful places were created to be protected.

Whether this is the fifth safari in Uganda or the first one, be convinced that there is no better way to discover the country’s most unique landscape collection than a trip to Mount Rwenzori national park. It furnishes opportunities to see Uganda’s iconic feature; Rwenzori mountain and also explore the cultures around. 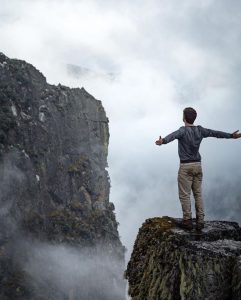 Without any form of exaggerations

Mount Rwenzori national park is one of the most pleasant national parks in Uganda that a traveler can visit on any safari trip in Uganda. The famous mountains of the moon is located in western Uganda on the Congolese border with equatorial peaks rising to more than 5110 meters high covered with snow throughout the year.
Mountain Rwenzori national park is a UNESCO World Heritage Site covering almost 1000 square kilometers across Kabarole, Kasese and Bundibugyo districts. It is most known for its beautiful plant life
accompanied with glaciers, waterfalls and numerous mountainous vegetation.

Having the 3rd highest peak in Africa

Rwenzori mountain national park is believed to be one of the main attractive Alpine areas around the world. It is the best park for mountain climbing in Uganda and East Africa after Kilimanjaro mountain of Tanzania. Trekking to the top of the Stanley peak, which is the highest peak of the mountain, hikers get to behold the beautiful land terrain and plant life of the sub montane vegetation. On reaching the top, the reward are sights of the striking snow capped peaks that leave almost all travelers struck by shock of the beauty of the environment.

The park is also one of the important birding spots in Uganda. It is a home to more than 200 bird species with 17 of them only endemic to Rwenzori Mountain. UNESCO labeled it a key birding area with a variety of birds that will leave you captivated ranging from the Handsome Francolin, Rwenzori Turaco, Long-eared Owl, Barred Long-tailed Cuckoo, Cinnamon-chested Bee-eater, Strange Weaver, Archers’ Robin-chat, Rwenzori Batis, White-starred Robin, Montane Sooty Boubou, Slender-billed Starling, Lagden’s Bush Shrike, Blue-headed Sunbird, Barbets, Golden-winged Sunbird, Greenbuls, ILladopsis, Apalises, Crimson wings to Flycatchers plus so many others.

These present great opportunities for trotters to watch the locals living at the foothills of mountain Rwenzori. Visit the Ruboni village and witness the locals carry on their daily lifestyles and activities. For lucky visitors get lessons on drumming and dancing from the local people as they perform cultural dances.

Nature walks in the forests.

Travelers on Uganda safaris to Mountain Rwenzori national park also enjoy day hikes through the forests at the foothills while enjoying the unique thrilling activities like fishing in the stream. For a real up close encounter with nature, have a nature walk in Mountain Rwenzori National Park.

it’s one thing that you shouldn’t worry about. Several lodges are located at the foothills of the mountain ranging from budget, midrange to luxury lodges. Whether campsites, hotels, guesthouses, or lodges, travelers can never miss out where to spend a night or to have dinner and lunch.

If not yet considered, then it’s high time you included a Rwenzori Mountain National Park on your travel bucket list for lifetime experiences on safari trips in Uganda.