The greater Bunyoro kingdom is comprised of the districts of Hoima, Masindi, Kibaale, Buliisa and Kiryandongo, Kagadi, Kakumiro, Kikuube, The current king of the Banyoro is Omukama Solomon Iguru Gafabusa, the 27th king under the Babiito dynasty. Bunyoro region is east of Lake Albert and is one of the culturally diverse areas where many of Uganda’s tribes have found refuge.

You may have been in Bunyoro for a tour or just to visit relatives, but have you explored all that there is to enjoy in this region? Robert Atuhairwe brings you the best of Bunyoro-Kitara kingdom 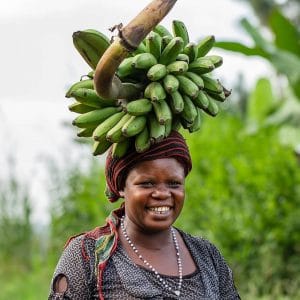 Hoima town, is located 225 km northwest of Kampala and it is where the palace (Karuzika) of the Omukama of Bunyoro is situated. Hoima is also the administrative and commercial centre.

A visit to the Omukama’s palace at Karuzika introduces you to the history of Bunyoro and her people. Inside the palace is the Bunyoro Royal regalia museum called Nyamyarro. This is where one can see the 1000-year-old traditional throne. The throne has nine legs, ivory tusks, ceremonial spears, ancient arrows, various types of traditional crowns and musical instruments, among other artefacts.

The floor is covered with lion and leopard skins and barkcloth. Because of its sanctity, all visitors entering the royal throne room must remove their shoes.

The historical burial grounds for the kings of Bunyoro, is another place to visit. Notable among those who were laid to rest here is Omukama Chwa II Kabalega, who resisted colonial rule in this part of Uganda. Mparo is 2km from the town on the Hoima-Masindi Road.

You can also visit a fort or cave at Katasiiha (2km from Hoima town) to learn about Kabalega’s escape route from colonialists.

It is also recommended that one takes a morning forest walk in the chimpanzee forest under the guidance of the community-based chimpanzee habitat monitors. The forest is managed by Munteme Technical Training Centre and the Catholic parish. It is found about 14km from Hoima town. Here, you will enjoy the fresh air as you watch apes and birds play around. There is also a variety of wildlife, unique plants and large impressive trees. Bunyoro kingdom subjects at Mparo, the burial grounds for kings

Spending an afternoon learning to weave baskets and make crafts is another activity tourists can indulge in. Be sure to hone your skills with the help of Kyamalera Women Handicraft Association in Kyabigambire sub-county, about 10km on the Hoima-Masindi Road.

Paul Mukiza, the project manager Chimpanzee Sanctuary and Wildlife Conservation, Hoima, says the group of 30 women makes crafts with materials from neighbouring forests, which is a sustainable way of using forests.

You can stay with the group for days if you want, and make your own crafts while enjoying their traditional food at a fair fee.

What is in a name?

While in Bunyoro, you might earn yourself a pet name (empako) as you engage with the locals. Empako is used in Bunyoro for greeting and culturally it is inconceivable that one would call one’s neighbour by their formal name. On first interaction, you are asked: “What is your empako?” In the subsequent interactions, one is addressed by his/her empako.

Okali is a pet name for only the king and Bala is for chiefs. Amoti, Akiiki, Aboki, Arali, Apuli and Adyeri are among the pet names given to ordinary people.

While in Bunyoro, you may also engage in a courtship dance with a local group of men and women.

In Bunyoro, runyege and entogoro traditional dance is ceremonial. It is also a courtship dance performed by the youth when it is time for them to choose partners for marriage. The dance was named after the rattles (ebinyege and entogoro) that are tied on the boys’ legs to produce percussion rhythms.

The sound produced by rattles is exciting as it blends with the main beat, the songs and drum rhythms.

You can proceed to the Albertine Rift Valley through Kitoba-Kigorobya on Butiaba Road, and when you reach the edge of the western Great Rift Valley, you can make a stopover and take photos of the beautiful landscape.

Then you will descend to the bottom of the escarpment to Kibiro, where salt is extracted traditionally, using local tools and methods. There are hot springs not so far away, a short distance to Lake Albert, which will provide another spectacular view.

From here, one can continue to Biiso-Masindi, where Murchison Falls National Park is the main tourist attraction. Masindi also boasts Budongo Forest Reserve, the most extensive and ecologically diverse forest in East Africa. It has over 465 plant species and is located about 25 miles west of Masindi on Butiaba Road.

The Bunyoro Traditional Dance is one of the tourist attractions

Busingiro Tourism Centre is a significant tourist attraction in Masindi. Situated 25 miles off the Masindi-Butiaba road, the facility offers nature and primate walks, and bird watching.

Another important tourism destination is Kaniyo-Pabidi Ecotourism Centre, on the Masindi-Kiryandongo road in Kibanda county. The area is famous for chimpanzee viewing, nature and primate walks and bird watching, among others.

The camp consisted of six small villages and hosted 3,635 Polish. As many of the Masindi Polish refugees were child war orphans, there were several orphanages within the settlement. Omukama Sir Tito Gafabusa Winyi IV of Bunyoro paid occasional visits to the camp. The church was built between 1943 and 1945.

There is also a cemetery with 60 graves of Polish nationals who died between 1945 and 1948. After World War II ended, most of the Polish refugees were resettled in England, Canada and Australia. The graveyard and church are maintained by the Catholic community in Nyabyeya. The site demonstrates Uganda’s position in geopolitics and is, therefore, of historical importance.

Omukama Andereya Bisereko Duhaga II’s residence at Kinogozi in Buhimba sub-county, Hoima is another significant feature to the tourism circuit of Bunyoro. This house was one of the first modern houses to be constructed in the early 20th Century in Bunyoro.

There are several important cultural sites in Kibaale, though most of them are in dire need of renovation. Many relate to early occupation and the Bunyoro-Buganda wars.

They include Kigwara cultural site, believed to be the home of Bunyoro cultural music, Munsa Fort, an archaeological site for Uganda’s history dating back to between the 10th and 17th Century. Munsa is on a hill and features trenches, caves and underground containers carved out of stone.

There is also Kakumiro, which houses the tomb of Duhaga, one of the early kings of Bunyoro.

Igayaza Chwezi historical site is a place with the footprints of Ndahura (the first Cwezi king) and that of his dog.

Masaka historical site, located in Nalweyo in Bugangaizi county, contains the tomb of Omukama Yosiya Kitahimbwa and there is also Muka Baro, though little is known about it.

In Kibaale, there is the Martyr’s well at Kooki-Haibale, which is said to be the site where St Andrea Kaahwa (commonly known as Andrew Kaggwa) one of the Uganda Martyrs, was born. There are also footprints of Andrea Kaahwa, and other unique features. Christians throng this area every May 26 to pray for Kaahwa and take the water to heal them from illnesses and give them blessings.

Tonya-Kabwoya Wildlife Reserve, 70 km from Hoima town, is the newest of Uganda’s protected areas, bordering Lake Albert and the escarpment of the Albertine Rift Valley. It covers much of Kabwoya and Nkonda sub-counties. It is home to various primates, antelopes and bird species. A waterfall cascades off the escarpment into the reserve and also makes for spectacular viewing.

According to John Apollo Rwamparo of Bunyoro Tourism Initiative, Hoima town is flooded by visitors almost on a daily basis and is a beehive of activity following the discovery of commercial deposits of oil. He, therefore, expects that plenty of commercial and social activity will characterise the area.

“This means there are more people flocking to the region. They will need food and accommodation, not to mention other needs such as transport and recreation. We should capitalise on this momentum and awaken all the possible tourism potential,” he says. 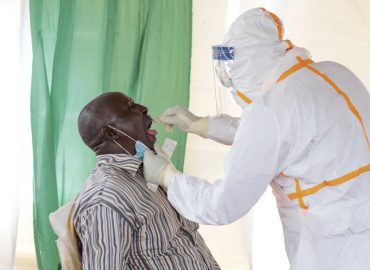 Coronavirus in Uganda – Reschedule your Trip to Save Tourism 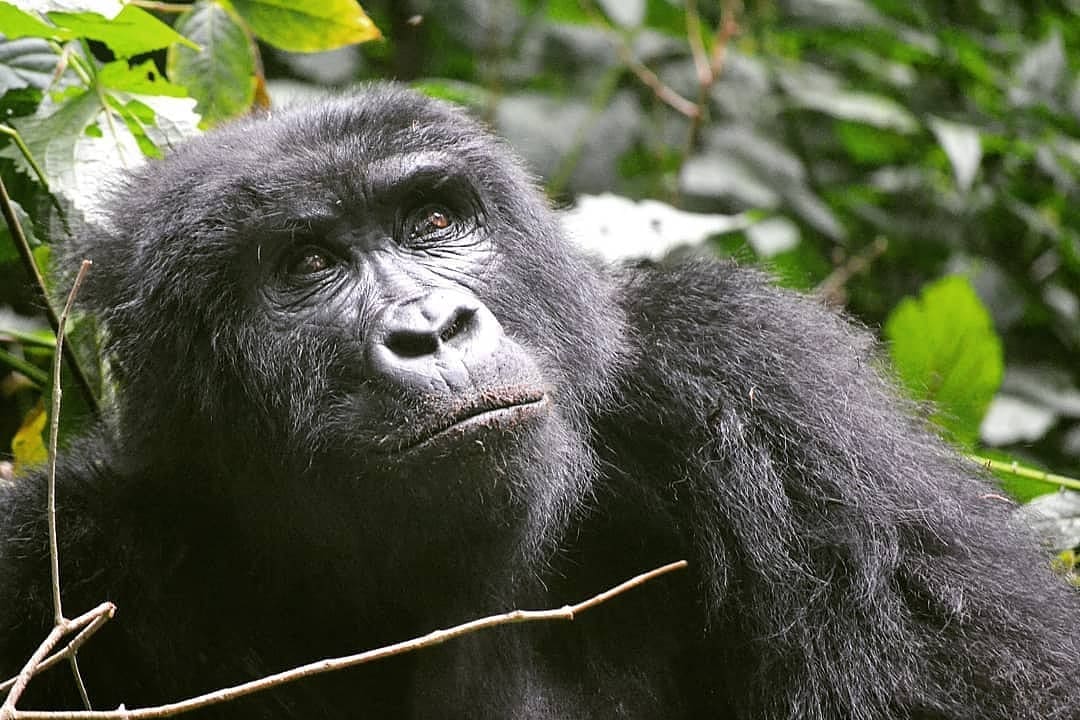 Facts About the Kigali Rwandan Genocide