4 Days Nairobi Lake Nakuru Masai Mara Safari welcomes you into the arms of nature experiencing the Kenya Safari holiday all seen in its sheer beauty, then standing in the Savannah feeling nature embracing you as you watch endless wildlife plains bending off the geographical Kenya landforms.

Arrival in Nairobi JKI Airport, pick-up and transfer from the Airport to the Hotel

Depart and drive down to Lake Nakuru National Park well known for its seasonal lesser flamingos and also regarded as the ‘Birdwatcher’s paradise. You will arrive in good time for lunch at your lodge.

Evening game drive follows. The park is also home to both the Black and White Rhino, endangered Rothschild’s giraffe among a wide variety of game. 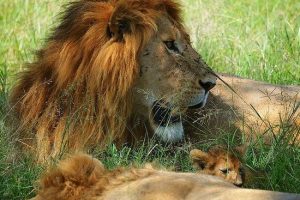 After breakfast, we leave for Maasai Mara National Reserve. The Reserve was recently named as the eighth wonder of the world for its annual great migration of the Wildebeest from Serengeti in Tanzania-Masai Mara in Kenya.

Full day game drive in search of wildlife in the vast plain of Mara characterized by the golden rolling savanna grassland. Masai Mara is also famous for its birdlife, especially at the Mara River.

After breakfast, we leave for the Nairobi game drives en-route. Lunch stop-over will be at Narok Town to arrive in Nairobi late evening to be transferred at the Airport or drop off at the hotel for an overnight stay.